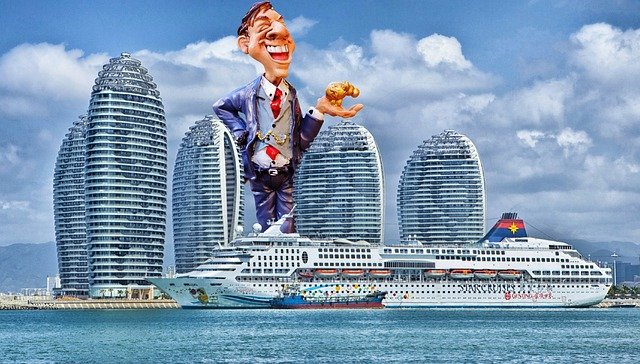 Middle eastern countries are beautiful and a must to visit place for travelers. These countries offer the best in world cuisines, with royal stays at the most luxurious hotels and a rich lifestyle to the people who are actually living there. Middle eastern countries are very rich economically due to abundant oil and gas reserves present there and these nations are the biggest exporters of gas and petroleum products.

But there are certain things which might stop you from living there like their country laws in many situations can be very strict but at the same time, they are made to put a line between what is wrong and what’s right to do for individuals. However, if you want to settle down here and make money then these countries can help you in building a huge empire of yourself as they are really good when it comes to paying off the workers. Here are some of the best middle eastern countries to work and live in.

The best always grab the first spot and the United Arab Emirates is the best place to work with a high standard of living. Abu Dhabi is the capital of this nation while Dubai is the traveler’s hub. In the UAE you can easily earn a good amount of money with regular working shifts for 9 hours per day. Earning potential in the UAE is the most if you want to live in any of the middle eastern countries. Use the UAE Salary Calculator to calculate your salary and convert it into your currency, if you are from some other place in the world.

Saudi Arabia is among the major Arab countries, which is also the most populous nation in the Middle Eastern region. That’s the main growth market for the nation, hence why currently more than 6 million foreign nationals are employed in the nation. Such people are fascinated by outstanding residential amenities and modern schools. The majority of work openings are in the oil and gas sector of the nation. Even so, strategies have been adopted to grow other sectors in order to enhance the economy by reducing the strong dependency on oil. Saudi Arabia is a restricted territory, so you could only get standard visa permission to enter the region.

Qatar is the wealthiest per-capita economy in the world and is currently conducting a period of massive infrastructure growth. Qatar maintains a borderline with the UAE and maintains a comparatively democratic lifestyle. Due to the continuous rise in oil and gas prices, Qatar has been one of the fastest-growing countries on the planet, holding the world’s highest capital projects. People are eager to invest their money in the Qatar markets due to its exceptional growth in the past few years. Qatar can be a very good place for people who are willing to work in a modern and growing economy.

Bahrain’s economy depends highly on oil and natural gas, however, the nation is indeed a well-established hub of finance. Bahrain comes under the smallest regions in the middle east. The nation has been seen as a comfortable and metropolis hub where cultural and intellectual liberties and the right to consume beer have been allowed. Bahrain is said to have a strong variety of cultures, and foreigners are warmly embraced and supported. The required to work 40 to 48 hours maximum in Bahrain or it depends on the policy of the company.