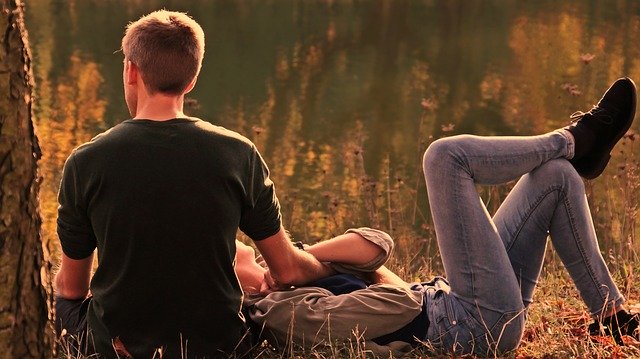 Last summer was an unusual summer for me. I finally got to spend time with my online girlfriend from Canada. There was never a time so easy to find and meet people who are compatible with you. Lily and I started dating back in 2018 when I was studying in the US. We met on a dating site and soon got to like each other.

She even came to visit me for a week in the US. That was almost a year back from now. I have since then wanted to meet her. She, too, wanted to spend time with me. However, because of our studies and other things, we couldn’t find the time to visit each other. We just had phone conversations and video calls.

With each passing day, I was falling more in love with her. There was something about her that made me so attracted to her. She had a killer smile and the way she carried herself around could make any guy fall for her. I felt I was lucky to have her.

Our bonding over the months grew so strong that I had to make plans to go to Canada. I decided to pursue my higher studies from there as she too would be in the country. So, I started researching on the internet about the various ways to immigrate to Canada. From what I came to know, there is a Canada Visa Lottery or Express Entry system that lets individuals immigrate to Canada on the basis of skills, education and work experience. I was still a student and I couldn’t show any work experience. So, I dropped the option of Canada Visa Lottery and looked for other methods for immigration.

I came to know about an immigration program for international students. Under this program, students who want to study in Canada can apply for immigration through their educational documents and merit. I was glad to have enough grades to qualify for the program. I applied for the program. The process took around three months. I was accepted. That was a remarkable day in my life.

Till then, I hadn’t shared this news with Lily. I had planned to surprise her by being in front of her in Canada. I did all the preparations and left for the airport. I texted her, saying that I had a surprise for her. I boarded the flight for Canada from the New York Airport. In another couple of hours, I was right in front of her apartment in Toronto. I called her on her phone. She didn’t pick up at the first ring. I called her again. This time she picked up. I asked her where she was. She told me that she was in her apartment. She said that she would call me later and kept the phone.

I was confused. She never did that. Something was wrong. However, I had to do what I came to do. As planned, I reached her room and rang the bell. She opened after a few minutes. Her jaw dropped seeing me. She didn’t know what to say. I noticed that she was more tensed than surprised to see me there. I hugged her and moved inside the apartment. That was the most shocking moment of my life. I saw a guy sitting on her sofa, half-dressed. He was her ex-boyfriend.

The events that happened after that are not so pleasant. I would rather not share it with you. However, I would say one thing. Falling in love with a Canadian was the worst thing that happened to me.