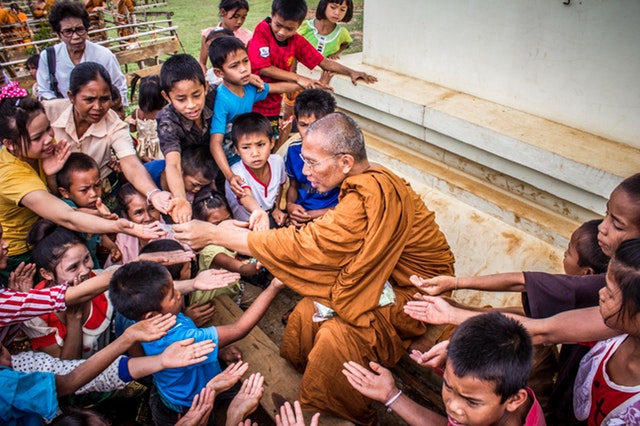 Is there any morality left in us? Do we have enough humanity left in us to at least make sure that we treat our fellow humans with the same dignity and honor like the way we expect for ourselves? I really see humans on the verge of vulnerability.

When are we going to realize our purpose for being sent on the planet with the body that is way more capable of performing better tasks than any other breathing creature coexisting on the planet? our cold attitude towards others has made us so indifferent in terms of our behavior and performances that we leave even our aging parent in the lurch.

I remember an incident that when I was coming out after attending my MBA coaching classes and was busy with the scorecards which asked to convert GRE to GMAT. I  saw a beggar eating out of the garbage. This pathetic view of the beggar eating from the garbage made me bleed inside. I chose not to convert GRE to GMAT at that instant of time and help the beggar with some food. A small act of benevolence can really fetch a smile on somebody’s face which is sure to fetch a surge of happiness and satisfaction on your face too.

The people are meant to be loved irrespective of their casts, color, regions, religions, and sex. We as a human should understand another human and sympathize with them if they ever go through any loss or agony. A human we are supposed to be moved by the tears of others and should have sympathy if we ever get across anybody wallowing in pain.

The reason behind jotting down this article is my heart that bleeds every time I see someone in distress. I am too human to hate anyone and feel their pain as my own.

The omnipotent and omnipresent created us without any name and gave almost the same body.  It’s our action that decides whether we deserve to be born with a human body or not.

Knowing others is intelligence and knowing yourselves is wisdom. So the sole purpose of a human is to understand others and devise methods to deal with them in all aspects. We should help and assess fellow humans.

We, humans, are considered to be a gregarious living clan that shows adaptability to almost all shots of the environment and hence falls on the top of the animal kingdom.

So if we still consider ourselves humans where it perfectly reconciles with the job description as stated above, it becomes our responsibility to take care of everyone around us to the best of our capabilities.

How can’t we stay silent when we see the people suffering? The recent news that depicts the pathetic condition of the denizens of Syria who has been suffering excruciating pain for the last six years is rather nauseating and should be condemned.

How being human makes you act like an animal?  How can we kill our own people and burn innocent children just to prove our might to the world for no valid reason? When will these ruthless creatures stop being a smudge in the name of humans?

We all need to rise in unison to combat this inhumanity to save all of us from the more we are being jostled into. This is the time when we need to rise against the evils that are constantly eating up humanity, making the globe is just a piece of land.