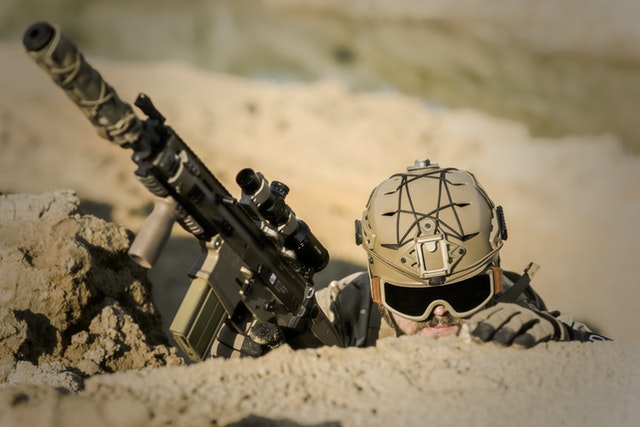 Struggles of a soldier

Once done with the training, a cadet either becomes a soldier or an Army Officer. There are actually many ranks in Indian Army. As a soldier gains experience, he gets promoted to higher ranks. While there are soldiers of various ranks in Indian Army, there is one thing that is common in them – they all have an undying love for their country.

Their love for their country can be seen when they spend days in the extreme cold of Siachen or face the extreme heat while protecting the borders in Rajasthan. They have the will and the strength to go through any kind of situation. They are trained to endure any kind of weather and they are ready to serve the nation 24×7. This is what makes them one of the best in the world.

Every soldier loves his country. When it comes to Indian soldiers, this love can be seen in their eyes. They have an undying love for India and its people and they can do anything to protect it from enemies in the form of external or internal forces.

The life of an Indian soldier is inspiring and motivating. We all should learn something from our soldiers and try to be useful to our nation in some way. Only then can we feel proud to be its citizens.

I really hope you found this post useful and informative. Do you have any queries or suggestions related to this post? If you have any, feel free to leave your thoughts and opinions in the comment section below. I will try and answer all your questions and take your feedback into consideration. Also, let me know if you want to find out more about the Indian Army. I will be glad to share more insights with you.